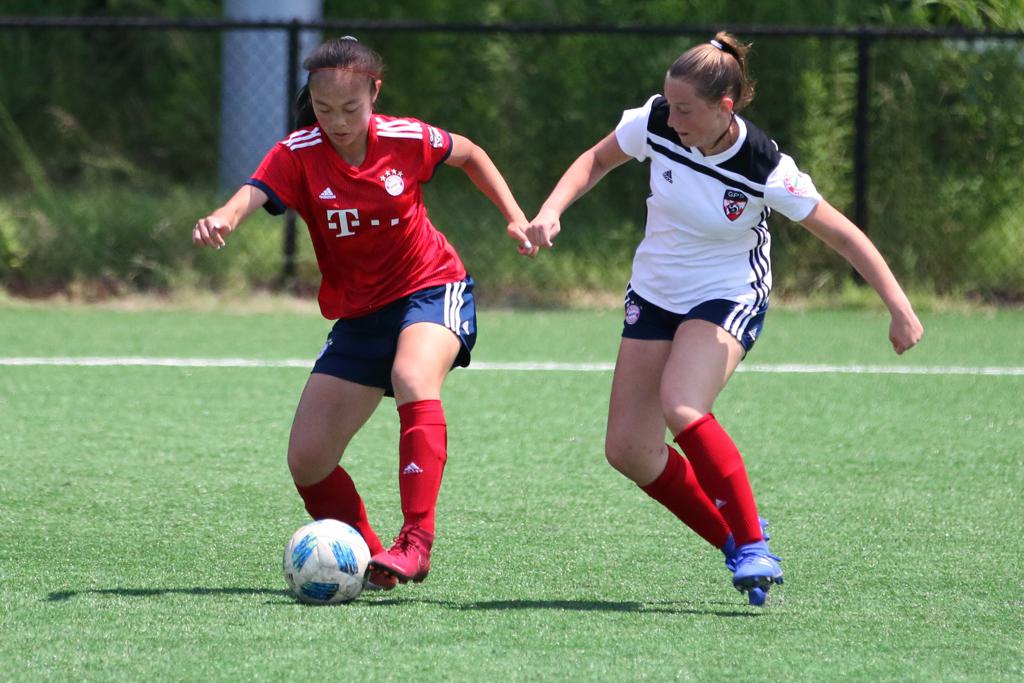 This past weekend, the U11-U14 GPS MN Elite Teams headed to South Carolina for the  GPS FC Bayern Summer Showcase -- a tournament designed to test the best players against each other from each GPS Elite Teams across the east coast.

Players from Blaine Soccer Club, St. Croix, Lakes United, Salvo, and Blackhawks took off from MSP early on Friday eagerly anticipating the fun few days ahead. When the teams landed in Carolina they were soon greeted by coastal sunshine that would last throughout the entire weekend. Spirits were high for team meetings held by Coaches Jamie Rolfe, Mandy Pochobradsky, and Seb Dixon where expectations were laid out so the players knew what it meant to represent Minnesota in a new region.

Over the course of the weekend, each team played a minimum of three games with each game demanding high levels of skill and commitment from the players. Overall, the teams, though comprised of players from multiple clubs, showed their team spirit and togetherness both on the field and off -- team meetings,  morning jogs, team dinners, and shared time watching the world cup. Additionally, some players enjoyed exploring the town, the Myrtle Beach, and UNC.

Overall, this was a fantastic and unique experience for all involved which will last long in the memory. The coaches came away from the showcase very proud that the players left their mark and, most importantly, had a great time.