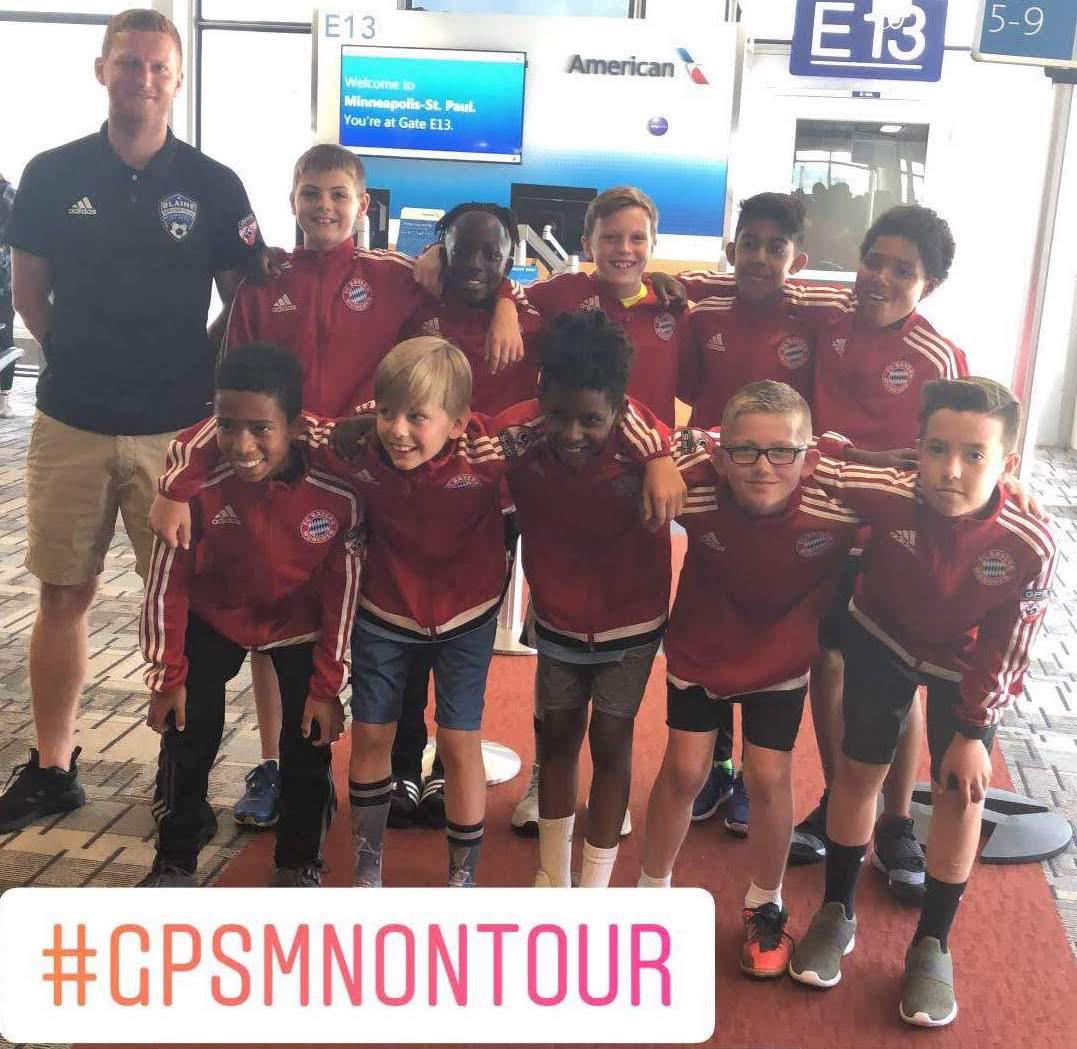 Earlier this June, the U12 GPS Minnesota team traveled to the Carolinas for the East Coast Carolina Showcase. This is one of the many benefits of partnering with Global Premier Soccer -- players have the opportunity to travel and play premier teams from the nation.

Over the weekend, the boys battled hot temperatures and played top level teams. Their first game was hot and the boys were nervous, but after a team talk with Thomas from the Bayern Munich Youth Academy  Thomas has been with FCB for 20 years and worked with Thomas Müller, David Alaba, and many more current professional players. This gave the lads a boast and the boys were unlucky not come away with at least draw.

Their second game, the team played with confidence and maintained possession well, didn’t panic, and built the ball out the back very well. They came away with a well-deserved win.

Game three was against the boys' toughest opponents. In a great battle, the boys played well all the way to the end but came up short.

The fourth game, the boys ran out of steam but they played well and finished out the tournament with a positive showing against another top side.

Moreover, the tournament was a great opportunity for the boys to bond with their teammates!

Coach Bob concluded on the weekend: "I am extremely proud of the players and they represented Minnesota extremely well. They most certainly earned the respect of everyone who watched them play."