BSC Among 46 Clubs in US Honored with Player's First Licensure

THIS WEEK, BLAINE SOCCER CLUB, ALONG WITH 45 OTHER CLUBS FROM  19 STATES AROUND THE COUNTRY, RECEIVED THE PRESTIGIOUS NATIONAL HONOR OF BEING NAMED A PLAYERS FIRST LICENSED CLUB. 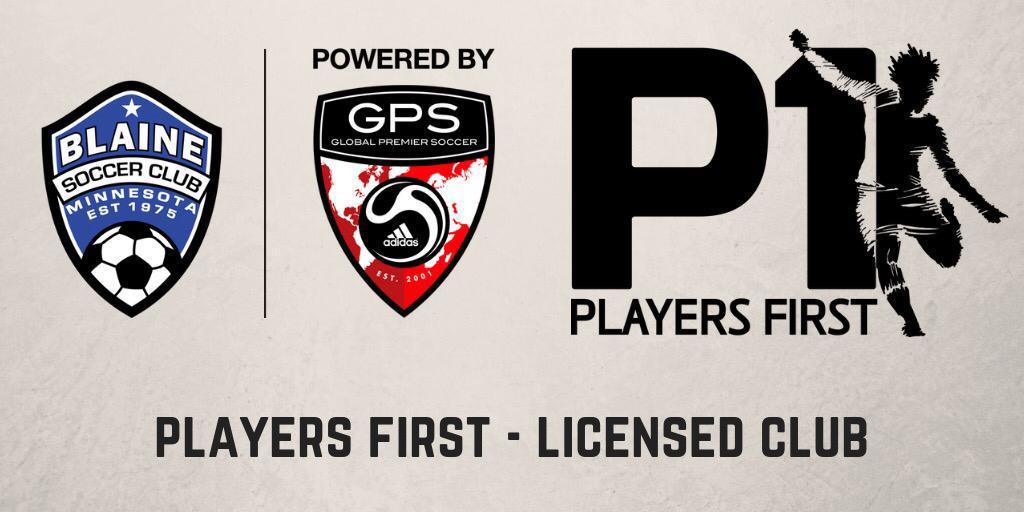 Blaine, Minnesota. – Blaine Soccer Club has been honored along with 45 other clubs from 19 states around the country in the inaugural class of US Club Soccer Players First-licensed clubs.

Launched in August 2015, the US Club Players First Program set out on a mission to make youth soccer more holistic and developmentally-focused for every player, and to change the culture and perspective of coaches, parents, and clubs from short-term wins and losses to long-term athlete development. Blaine Soccer Club stands alone as the only honored club in the state of Minnesota.

This week, US Club Soccer, a governing body of soccer in the United States, awarded 46 clubs the first Players First Licenses.

The Players First License is created to differentiate clubs in the marketplace that are committed to providing an exceptional player development experience through the proper facilitation of relationships with their coaches, parents, and players. To qualify as a Players First Licensed Club, Blaine Soccer Club met the program's standards of comprehensive Club Development, Coaching Development, Player Development, Parent Engagement & Education, and Player Health & Safety.

On the award, BSC Director of Coaching, Scott Macleod, said:

"This award is a nice recognition for the hard work all of the coaching staff have put forth the past couple of years. The club moved to a new coaching model -- appointing full-time staff coaches at all the younger ages and also to many of the older travel teams -- and we really feel this is starting to pay dividends in giving all players a great environment to play soccer and develop. Not only are the players improving rapidly, but so are our coaches. Our coach education program, which is now in its second year, consists of a collection of staff and guest coaches that meet every week to run coaching sessions and learn from each other. It's clear how beneficial this program has been for pushing each of our coaches to new levels so that they can better serve the players."

“This significant award is a result of a dedicated and professional approach to player development where the individual player is at the core of our vision. To be a Players First licensed club is a recognition of our investment in player development and the commitment to improving over the past few years. BSC will continue to strive to be the best. Being able to join a select group of clubs across the USA who are creating the best possible environment for its players is an honor that few could have thought possible just a few years ago. We are humbled and excited to be included in the first ever class with US club Soccer and we look forward to the future and serving our players even more.”

These 46 clubs enjoy Players First licensing status until Dec. 31, 2020, at which time there will be a renewal opportunity.

Interview – What is the potential of US Club Soccer’s Players First initiative?